Total defense expenditures of Turkey in 2018.

Total turnover of Turkey’s defense and aerospace industry in 2018.

Total export value of Turkish defense and aerospace industry in 2018.​

Number of airline passengers in Turkey in 2018.​ 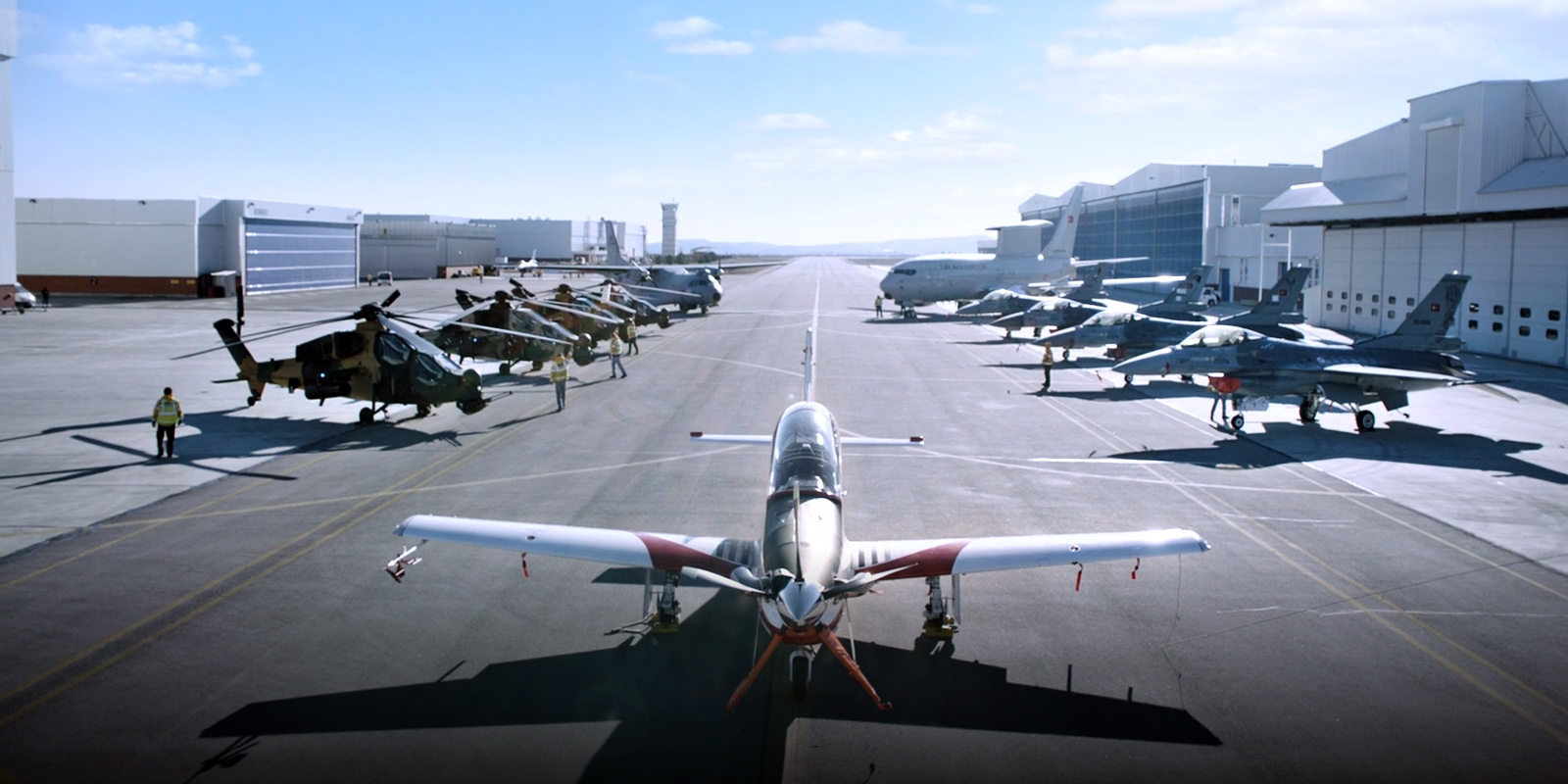 The Turkish defense and aerospace industry has been undergoing a profound transformation over the past decades. Having achieved unparalleled success in the industry in recent years, today Turkey has one of the fastest developing defense and aerospace sectors in the world. The experience and emphasis on quality is evident among Turkish defense and aerospace companies as they undertake numerous endeavors, create products that are competitive worldwide, and assume important roles in international projects. With their qualified human resources and state-of-the-art technology infrastructure, Turkish companies bring global solutions to satisfy many countries’ local requirements. These Turkish companies conduct activities in many critical areas of the defense and aerospace sector, from original design development to domestic production, from modernization to modification, and from R&D to international projects.

During the establishment of the domestic defense industry infrastructure, the preference was to cooperate and co-produce with leading countries and associated companies. This enabled many defense projects like the MİLGEM battleship, the ALTAY Main Battle Tank, ATAK helicopters, and unmanned aerial vehicles (UAV) to be successfully developed by the nationa​l defense industry. Building upon this early experience, Turkey ventured forth with further indigenous projects, including the ANKA UAV, the HÜRKUŞ ground attack aircraft, the GÖKTÜRK satellite, a light utility helicopter, as well as a jet fighter aircraft. In addition, some important sub-systems and technology development projects have been initiated to support such programs. Today, thanks in part to many of the indigenous projects it has developed, the Turkish defense industry is quite mature in terms of its capabilities, quality, and proficiency. The Turkish defense industry both meets the needs of the Turkish Armed Forces and is a known player in the fiercely competitive international defense market. In the coming years, the industry’s share in domestic and overseas markets is set to increase as important national defense projects are completed.

Turkey is one of the largest defense spenders in the world. Turkey’s USD 19 billion defense expenditure in 2018 ranked as the 15th largest defense budget in the world. Turnover in the defense industry doubled over the past decade and reached USD 8.8 billion in 2018. In parallel with the development of the Turkish aerospace and defense sector’s capability in the past decade, the exports and international cooperation opportunities for Turkish companies have increased. The industry’s exports increased from USD 600 million in 2007 to USD 2.2 billion in 2018. With a developed and skilled production capacity, the orders received by the industry amounted to USD 12.2 billion in 2018.

Over the years, Turkey has also emerged as an ideal place for civil aviation business. In 2018, the number of airline passengers increased to 210.2 million including 97.2 million international passengers, up from 34 million in 2004. The number of civilian aircrafts increased from 626 to 1,404 between 2003 and 2018, with airline fleet size increasing to 515, up from 162. In the same period, the turnover in civil aviation reached USD 21 billion, up from USD 2.2 billion. Turkey is determined to position itself as a hub for civil aviation. A new airport has been constructed in Istanbul, and it is the largest airport in the world with a capacity of 200 million passengers per year and flights to nearly 350 destinations.